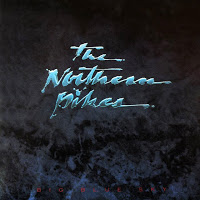 We are counting down the Huffington Post’s 100 Best Canadian Songs Ever. At #90 is “Teenland” from the beloved Canadian band, The Northern Pikes.

I remember hearing this song on the radio, to the best of my knowledge, anyway, just a few years ago. I was floored. It didn’t quite sound American, and it didn’t quite sound British. I tried hard, in those few minutes, to place the voice and the sound, but couldn’t figure out the artist. Let me just say it came as quite the surprise that they were a) Canadian (which is not quite American and not quite British, but sort of a happy hybrid of those influences. I was on the right track), and b) The Northern Pikes. I’d know of the ‘Pikes, of course; they were renowned in the early 90s, but I knew them for that sort-of gimmicky tune, “She Ain’t Pretty,” and the rousing and soulful “Girl With a Problem.”

“Teenland” was no kind of Northern Pikes I’d heard before. I was in awe of the tune, and surprised that even my fairly learned pop-music friends couldn’t identify it.

The Northern Pikes were formed in 1984 in the Prairie city of Saskatoon, Saskatchewan, comprised originally of Jay Semko, Brian Potvin, Merl Bryck, and Glen Hollingshead. Hollingshead soon departed, though, and in 1986 was replaced by Don Schmid. That year, having already released two independent EPs, the band signed to Virgin Records and in 1987 released their first full-length album, Big Blue Sky. The record gained traction with listeners, especially on the strength of “Teenland,” which delivered the group’s first major hit.

In Semko, Potvin, and Bryk the band had three lead singers and songwriters. Semko wrote “Teenland,” and delivers that steady, urgent bass line; Potvin’s guitar work is alternately electrifying and haunting; and Bryk’s vocals are melodic, delivered with just enough angst to drive the song’s emotion without being cloying.

Snow in June, (an entirely plausible scenario in many parts of Canada, by the way) was released in 1990, and delivered the band’s biggest hits. Semko’s “Girl With a Problem” was one, but Potvin’s “She Ain’t Pretty,” proved their biggest commercial success, peaking at #6 in Canada and, (very surprisingly) their sole song to crack the US charts, peaking there at #86.

They released Neptune in 1992, toured in support, and in July of 1993 announced their retirement as a band. However, inspired by Virgin’s request in 1999 for input on a greatest hits package, the band found it enjoyed the more relaxed collaboration that making their own schedule allowed. They’ve since released three independent records and struck up a collaboration with Les Stroud. In 2012, The Pikes were inducted into the Western Canadian Music Hall of Fame, where the entire band performed although Bryk has officially departed and the Pikes continue as a trio

In the interim, Semko and Potvin carved respected solo careers. Semko wrote the theme to Due South, a beloved Canadian television series from the 90s, along with much of its incidental music. He has composed numerous film and television scores, and further collaborated and toured with many notable artists from Canada and Nashville. Meanwhile, Potvin went to work in PolyGram’s A&R department, representing Canadian bands as diverse as Tegan and Sara, Finger Eleven, and Zuckerbaby, while also recording solo work. He continues to write for his own projects, for other performers, and for film and TV.

“Teenland” is a brilliant song that deserves greater recognition than it garners. Why it’s a bit obscure these days I don’t know, but I absolutely agree with the Huffington Post’s authors that this song merits a spot in the Top 100.

Now, if you’ll excuse me, I’m going to go listen it it yet again.