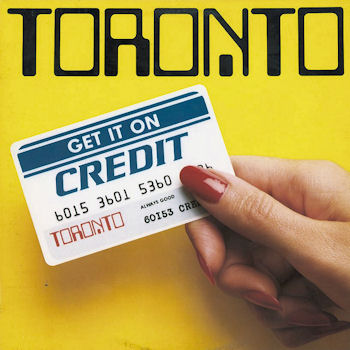 I have to admit, #100 on Huffington Post’s 100 Best Canadian Songs Ever is one I’d never heard before encountering this chart. Now, I’m fairly learned about Canadian popular song and am always excited to discover a great pop ditty, but it surprises me somewhat that the first of a Top 100 isn’t obviously recognizable; something that hooks in the curious bystander who’s happened to trip across this piece. Something that makes the listener say, “that song is Canadian!? What else is Canadian?!,” with the inspiration to continue through the list. Canada is rife with great music across genres, and it wouldn’t be hard to produce a listing of 100 songs that were both excellent and widely recognized. Perhaps opening this list with a band called “Toronto” reflects the authors’ Toronto-centric focus. (Spoiler alert: the chart is quite strongly Toronto-centric, to those who worry about such things). The regions, though, and the musical development within each, is a topic for another series of posts.

Toronto: Lest there be doubt, the band was formed in 1979 in the city of Toronto. Annie “Holly” Woods, Brian Allen, Sharon Alton and a rotation of supporting musicians comprised the group over its six-year career. They released two albums in the two years following their formation, and were nominated as “Most Promising Group of the Year” at the 1982 Juno Awards, alongside impressive peers in Loverboy, Martha and the Muffins, Red Rider and Powder Blues Band, the latter of whom won the award but is the only one of those artists strangely absent from this chart.

“Your Daddy Don’t Know” featured on 1982’s Get it on Credit, charting in the Canadian Top 5 while reaching #77 in the US. Further Juno nominations followed in 1983-84 while the band’s lineup continued to rotate, including the departure of founding members Allen and Alton. The group re-branded as Holly Woods and Toronto, but were forced to break up the following year upon Solid Gold Records’ filing for bankruptcy protection in 1985.

This is a great pop ditty with fabulous energy, a catchy riff, and strong vocals, but I’m not sure that I’d score it as one of Canada’s greatest musical works. I wonder if its inclusion is owing to The New Pornographers’ 2003 cover for the FUBAR: The Album soundtrack companion to FUBAR: The Movie. (Aside: I have yet to see FUBAR, but feel like it might be a latter-day, metal-edition This is Spinal Tap. But I digress). The cover features the magical Neko Case’s vocals, but isn’t dramatically different from the 1982 blueprint. Although I tend to be purist and prefer the original song in most cases, I am happy if a cover refers listeners back to the (perhaps-forgotten) original, which I think it has in this case. I’m really enjoying this song and am glad to have (finally) discovered it, but I wonder if it would have charted here were it not resurrected by one of Canada’s current preeminent indie darlings.